Champion is one of a group of Character Types that we call Protector. The Protector, in turn, form a group within our overall Character Family as shown right:

Champions are built to project manage, which is why they are often found in Operational roles. Not for them the ethereal or conceptual it is about quickly weighing up the situation, setting targets and marshalling the resources to make sure the job is done - on time and within budget. The Champion has a strong work ethic and this includes loyalty to the cause - whatever the cause is.

Their desire to get things done may mean that they ignore the niceties, the softer issues as they tend not to be so well-tuned in to how other people are feeling. There is a strong competitive edge to the Champion and a need to assume control. It is this that can often make it difficult for others to deflect them from their chosen course of action. The Champion simply wants to get on and get things done.

Formal and structured, the Champion works best when everyone is clear as to the ground-rules, (the Champion will happily create them if they are lacking!), and they tend to be better at maintaining the status quo squeezing more out of the existing processes rather than radically recreating new ones. Factual, accurate, detailed and process driven the Champion will bring order, structure and focus to their environment.

This can mean the Champion will be traditional and often quite conservative in their approach, preferring the known to experimenting or trying a more novel, creative approach. Thus the Champion prefers a more active rather than passive role in change, and indeed if pushed hard can make formidable opponents to any new order. For the Champion change must make logical sense and ‘if it ain’t broke, then why fix it?’ Emotional arguments or pleading won’t work as only hard facts and logical reasoning ‘compute’ with the Champion.

WHAT YOU WILL SEE

Champions have a lot of flexibility in the types of roles that they choose. They are good at a lot of different things, because they put in a tremendous amount of effort towards doing things the right way. They will be happiest in leadership positions because they have a natural drive to be in charge and are best suited for jobs that require creating order and structure especially in the midst of chaos. Champions naturally want to jump in, take charge and get on with it and are great at marshalling resources creating the plan and ensuring that everything moves towards the goal.

Champions are very enthusiastic people who put in a tremendous amount of effort to meet their obligations and duties. They like to be in charge, and may be very controlling of…well everyone from workmates to family and children. They have high regard for traditions and institutions, and expect that their families will support these as well. They tend to want to get things done and may at times struggle with those who see things very differently or who suggest ideas they see as ethereal or woolly - or worse still - holding up the pace.

The Champion works from systems and principles, towards goals and actions for the common good and, as such, may simply factor people into their plans as another dimension rather than as something more complex or special. They don’t always show empathy with others though they take everything they do seriously and as such there will usually be policies or procedures for dealing with ‘people issues’ rather than the Champion intuiting that there is something wrong. Do they take people with them? Yes they do but only as part of the overall plan. 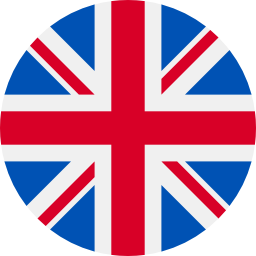